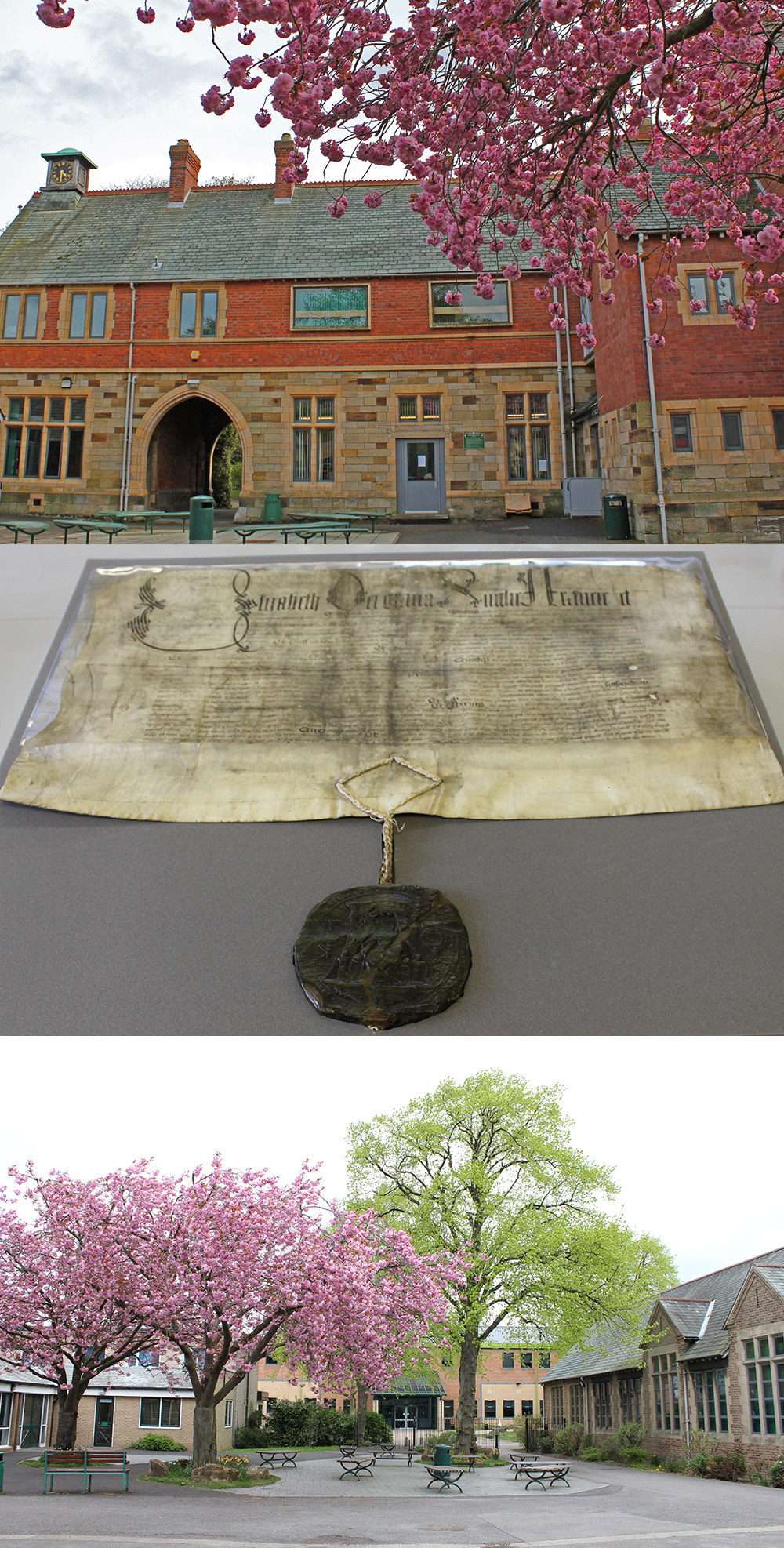 In 1561 Robert Pursglove, retired clergyman and the last Prior of Gisborough Priory, founded a free grammar school and almshouses in Guisborough called the Jesus Hospital (also called Guisborough Hospital). This organisation was tasked with provideding free tuition in Latin to the sons of local farmers and tradesmen, and accommodation, clothing, food and a small stipend to twelve destitute elderly residents of Cleveland.

The hospital lasted until the 1880s, when it was reconstituted into Guisborough Grammar School. The almshouses were closed, and a new school building was commissioned from Alfred Waterhouse, architect of the Natural History Museum in London.

Guisborough Grammar School thrived, growing exponentially from one generation to the next, until the 1970s saw another big change. In 1971, the grammar school became Prior Pursglove College, a co-educational sixth form college. Female students were admitted to the sixth form for the first time, and the last fifth form graduated in 1974.

Browse this section to learn more about the 450 year history of Prior Pursglove College and our 800 year old archive.

You can also go to the Archives, Photo galleries and People sections (accessed by the black menu bar above) to view our photographs and documents, and learn more about the long history of education and philanthropy in Guisborough.

Browse this section for information about our medieval collections.

We are very keen for researchers to work on our collections, and to help us better understand the history of the college, grammar school and almshouses.

Browse this section for articles about the Hospital of Jesus - the free grammar school and almshouses which operated from 1561 until the 1880s.

In the 1880s, Robert Pursglove's free grammar school in Guisborough was reconstituted into Guisborough Grammar School. Find out about the school in this section.

In 1971, Guisborough Grammar School became Prior Pursglove College. Browse this section to find out more about the college.

If you would like to contribute your memories of the college, please email ppc.museum@pursglove.ac.uk

Guisborough and our Partners

In this section, you will find information about the history of Guisborough, and the activities of our partner groups.