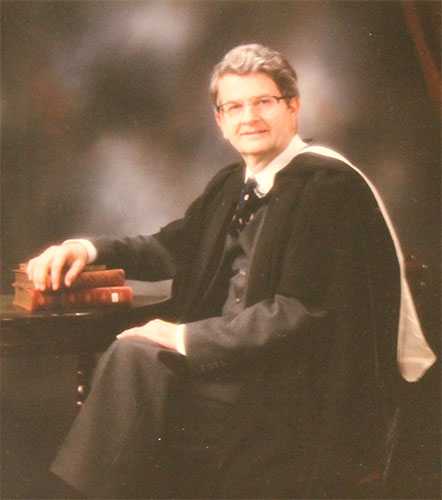 Eric Middleton was Principal of Prior Pursglove College from 1984 to 1994.

He was educated at Newcastle RGS, where he was taught English and History by Jack Bruce, who went on to be Headmaster of Guisborough Grammar School (1960 to 1966). After Newcastle, Eric went on to read science at Cambridge.

Outside of the classroom, Eric boxed for Cambridge University and played cricket for Pembroke. He once bowled out the Captain of England, David Shepherd.

Eric’s career took him from St Bees School in Cumbria, where he was housemaster and Head of Chemistry, to a Deputy Headship at Wombwell High School in the West Riding, then to Brierton School in Hartlepool where he was Headmaster. At Brierton, he brought together three schools to form a large Comprehensive School, and also took a term’s sabbatical to sit as a Fellow of St. John's College, Durham.

He spent eleven years at Brierton, and the following eleven years as Principal of Prior Pursglove College. At Prior, he raised £1million to build the Pursglove Centre, a sports hall, lecture theatre and media studio, beginning his fundraising with a whole college fourteen mile sponsored walk.

In his own words:

During this time I was invited to give a lecture on 'the Origin of Five Dimensions' in the States, and met the Holy Spirit in a plane over the Atlantic... Retiring at 60, I was invited to teach theology, and became a counsellor and Chaplain at Bede Sixth Form College, Billingham, also leading student Retreats to Holy Island.

When I arrived at Prior, we had only one Deputy and a Senior tutor; all the problems seemed to arrive at the Principal's door!   I gradually changed this one-dimensional management style of the old grammar school.

Most of the College were involved in a Christmas Celebration and a Celebration of Founders' day, in the nearby church, with speakers like David Jenkins or the Riding Lights Theatre Company. These involved students, choir and the Swing Band.

Eric has written two books, the first of which, The New Flatlanders, emerged from a series of conversations Eric had with college students. As Eric says, ‘This book contained all the questions students at Prior asked me about the universe and ourselves.’

The book took Eric to the USA on a book-promotion tour of universities where he gave talks and lectures.

A second book emerged from conversations during this tour, Dimensions of the Spirit. 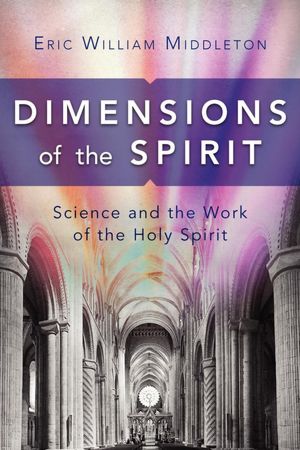 Highly relevant to today's world, this book allows us to feel comfortable not just with the reality of the presence of the Holy Spirit but also new insights from post-modern science. This includes the many dimensions of superstrings, the current best model for a 'Theory of everything', presently awaiting confirmation from the LHC at CERN, Geneva. Yet the real focus is on the sense of wonder, peace and joy of meeting Jesus and of the Father's love in the many dimensions of healing we encountered, all around us. Each chapter will give enough science to be comfortable with contemporary physics leading to the 'Theory of Everything' in many dimensions. In parallel will be a series of first-hand encounters and experiences of healing in the Holy Spirit. These are real examples bringing the book to life, bridging the gap between theoretical and experiential - not deduced but encountered.

More information about Eric's first book can be found on The New Flatlanders website.