The Buildings of Guisborough Hospital

Looking at vanished buildings can be difficult, but there is a surprising amount we can learn about them from photographs and other documents.

Our earliest photograph of Guisborough Hospital is believed to have been taken in the 1860s. Sadly, we cannot work out the exact place the photographer stood as the gravestones have since been moved. 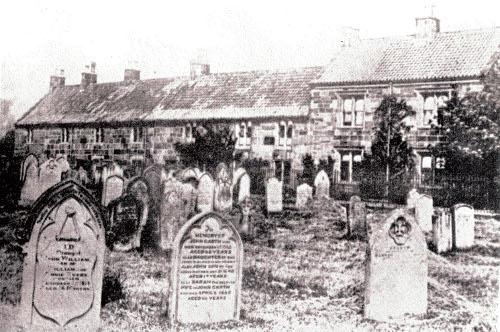 On the far left is the nurse’s cottage. Next is the row of six almshouses, where the twelve pensioners lived. And on the right is the school house, with the school room on the ground floor and the Master’s accommodation upstairs.

The almshouses were not very large; each had only one bedroom. Two pensioners lived in each cottage, and were expected to keep their cottage clean themselves.

We know from a map of c.1799 that there were outbuildings behind the almshouses. This was probably where the toilets and kitchen were, probably with storage buildings too. The almshouses also had their own well, and we know from a letter of the time that it was located just outside the kitchen door.  There is still a well on college grounds, in what is now known as the Victorian sunken garden, although it has been capped off for safety.

We can tell a little more about this building from the the photograph above, and this photo, which was taken around 1870. 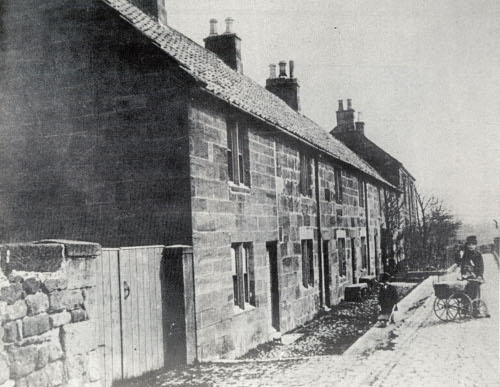 Using this photo in conjunction with the archive material, we can work out that the building shown was probably constructed between 1670 and 1700 to replace the first hospital building. The material used was local sandstone. The sandstone was re-used in the ground floor of the Waterhouse Building when Guisborough Hospital became Guisborough Grammar School in the 1880s. As you can see in the picture below, the building would not have been the grey it looks in the photographs, as the sandstone has a mix of colours. 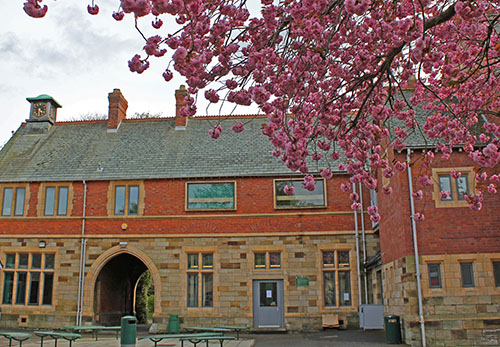 The building in the black and white photographs is not exactly the same as it would have been when it was brand new. Looking at the second photograph, a vertical line called a masonry scar can be seen just after the nurse’s cottage. The stone of that cottage is more regular and less weathered, and it seems as though the nurse’s cottage was added in the nineteenth century when the Hospital first began to employ a full time nurse. It is likely that the doors and windows were renewed around that time too.

That takes us back to around 1700, but what was there before? There are no paintings or drawings to tell us, and photographs don’t go back far enough. Instead, we have to look at the archive documents, especially the Account Book.

There was probably a building already on the site when Robert Pursglove founded the almshouses and free school in 1561. This building was similar to the building in the photographs. It had a school room on the ground floor with accommodation for the schoolmaster above, and six bedrooms for the pensioners, which they shared two to a room.

We can learn more about this building looking at the accounts.

In 1604 a tradesman called James Bailes was paid twelve pence for mending ‘the stone wall at the schole house end’, and James and his son were paid eleven shillings and ten pence for pointing and repairs to the school house. This shows that the building was at least partly made of stone, and had a stone boundary wall.

As well as stone walls, the school room had a relatively large glass window from at least 1670. In that year, an un-named glazier was paid two shillings for ‘Glazing the Schoole greate window’. Not all windows had glass in the seventeenth century, and it was still an expensive material.

The accounts also mention several payments for repairs to locks, showing that security and possibly even privacy were a concern for the Wardens and Master.

The accounts also tell us a bit about what else was on the narrow parcel of land along with the buildings. There were separate gardens for the female pensioners and the Master. We have not yet found mention of a men’s garden, but it is likely there was one. These were kitchen gardens, and were used for growing food for the pensioners, the Master, and possibly also for the boys at the school.

These little glimpses all combine to help us form a picture of the early school and almshouses. As we work with the documents we hope to find out more about our vanished buildings. If you would like to help with this, please get in touch on ppc.museum@pursglove.ac.uk